No products in the cart
Close cart 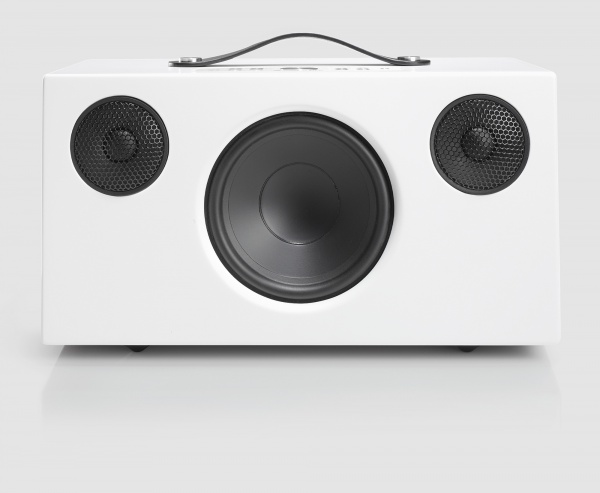 Feel all your music, multiroom style.

The Addon C10 is the heavy weight champion of multiroom hifi performance. Still compact and easy to place, but this speaker packs a real punch. This speaker is designed with one purpose in mind; to give you pure joy and entertainment.

Have a speaker in every room and play to one or all at the same time. Everybody can play their personal music on which ever speaker they want. Play from internet streaming services, from a computer or NAS in your network, or music on your phone.
All controlled by the App Of Simplicity.

Play what you want from wherever you want, in your whole home. The Audio Pro multiroom speakers delivers a full bodied hifi sound to enhance all your music.

Multiroom sound and multi person usage. Group and play, set to left/right for stereo pairs. Play all together. Or not. You choose.

Music should be felt

The Audio Pro renowned sound quality is always present. Feel every detail in your music.

All the music you need

Well, we don’t have every single little music service on the planet, just the ones that count.

No need to start fiddling with your phone, just push and play. Save your favourite radio station or playlist to a button simply by pressing it while playing content.

Still love your vinyls? Is your CD-library packed with that special kind of music?
No problem.
Just connect your turn table or CD-player to a C5 or C10 speaker, and let the sound stream wirelessly to all the speakers in your setup. Old School is the New Cool.

With Airplay®, Spotify Connect® and Bluetooth® you can play all your music any way you like.

Super-simple to set up and fantastic sound quality. Very pure sound, rich details and clarity. If only the app offered more options, particularly to play your own music…

This is the same review as the Drumfire since I use them together as a system..

I purchased 2 Drumfire units as well as a C10 and C3. There were three primary reasons I went with Audio Pro. The reviews on sound quality, the flexibility of being able to use airplay as well as other sources, and the multi-room capability and the ability to use the Drumfire’s as a left and right speaker. Unfortunately, they hit only one of the marks which is sound quality. What they don’t tell you up front is that you cannot use airplay and multi-room at the same time. Airplay will only work with a single speaker.

I watch allot of concerts that have video. These units do not work well as there is a noticeable sound delay between the audio and video. They do mention this in the manual, but if I had known audio delay was a feature I would not have purchased them. So, I am just using them as powered speakers now. I have my own DAC and hardwiring so the audio sync’s up with the TV.

I have all the same issues as others with the app. Its over-simplified and really doesn’t tell you what’s going on with the speaker especially when its telling you its playing but its not. It took me a while to figure out how its Wifi connection was working. It only uses your wifi to issue commands, but as far as its back-end streaming to other speakers if you are using multi-room it still appears to build its own network which (after sniffing it with a network analyzer) uses channel 1 all the time, so if you are in an area with heavy 2.4ghz usage on that channel the sound will be choppy. Again, after hardwiring it and changing them to just powered speakers, the performance is better.

There is also an issue with the C10 where it randomly shuts itself off even when there is sound actively going through it. I have to go back and turn it on constantly, which is very annoying. I will open a trouble ticket for this.

In summary, the sound quality once its setup and working is really nice. However, other than using them as powered speakers and basic bluetooth, I find all of the streaming technology worthless.

Sounds great, but not the “one” for me.

This is a great speaker; I know because I’ve heard it live at my friend’s house. Unfortunately, I ordered it before Christmas and Audio Pro didn’t ship it for over a week, so I cancelled my order to go look and buy it elsewhere. A few days later, after confirming my cancellation, they shipped me the order anyway and charged me for the speaker. I contacted them right away and, recognizing their mistake, they told me they would refund the order and send me a return label. No problem! However, it’s now been over two months, I’ve reminded them repeatedly, and they still haven’t sent a return label or sent me a refund. I have this speaker sitting, unopened, under my desk, and I may never get my money back. Probably among worst customer service I’ve ever encountered.

I have been enjoying it everyday since I got it 3 weeks ago, I am listening to it as a standalone. First I was debating between the C5 and C10, I am so glad that I went for the C10, just an inch or 2 bigger but double of the power. This is truly a high fidelity speaker, sounds incredible in such a small box, it produces all layers of sound clearly, especially the mid bass, I am so impressed!
I must say the AudioPro’s app is not that great, it losses its connection when it idles, I have to unplugged and replugged to establish the connection. I subscribed Deezer Hifi so I use Deezer app on iphone and desktop. Deezer app has a built-in equalizer for iphone only which makes this fantastic speaker sounds even greater as long as you have it connect to 2.4ghz network via audiopro app.
Overall I am very happy with the Addon C10, very well made and esthetically awesome!

Sound quality is nowhere near as good as expected

Lovely, balanced sound. Wish it were a little more all-enveloping, but you can only ask so much of a little box like it. Just means I may have to get another one.